This whole thing started with George Weghorst suggesting that we participate in the STP bicycle ride from Seattle to Portland. It’s a 2 day/200 mile event for charity. It was immediately clear that “participate” meant either riding a bike or following in the “support vehicle”. After sober consideration, I opted for the later choice along with Roberts and Pollard. Howard Hayes opted to ride with George. Let me just say that 200 miles on a car seat is way different from 200 miles on a bike seat. Jeff, Rick and I left Reno on July 9th and drove to Portland where we rendezvoused with George and Howard and spent the night at the luxurious Chez Weghorst.
The next day we piled into George’s car and drove to Seattle. We met Rick Grimes, his lovely wife Kay and their equally lovely daughter Anna at their home in Bothell. Curt Ebbesmeyer joined us for the evening. 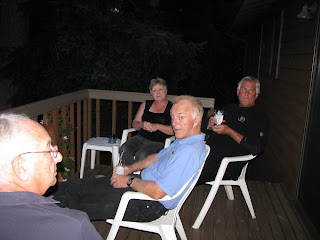 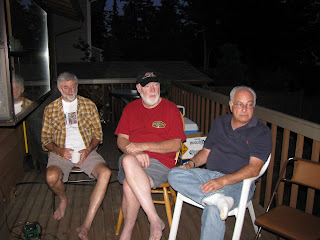 Rick bar-b-qued dinner for us and we sat up and talked until it was time to tuck Howard and George in. Early next morning, we drove the boys to the starting line and sent them on their way. 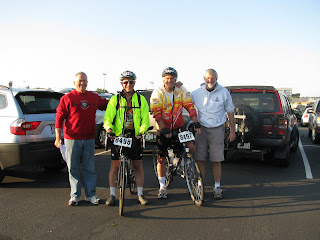 We had a hearty breakfast, including some fresh picked raspberries from Rick and Kay’s garden. After breakfast, we headed off for the Grimes’ beach house in Grayland. It’s a great house, right on the beach. The weather was kind of dreary, but the company was great. It was kite festival weekend and there were a bunch of people out on the beach flying all sorts of interesting kites. 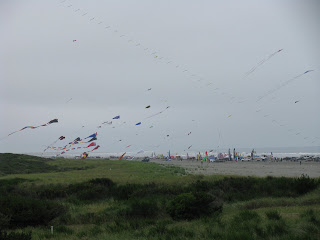 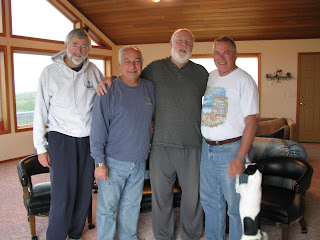 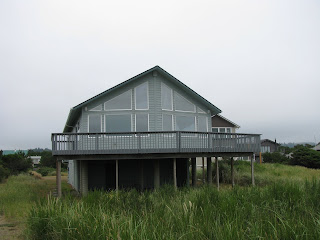 The next day, Sunday, it was time to head for Portland to meet George and Howard at the finish line. 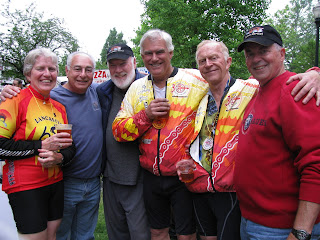 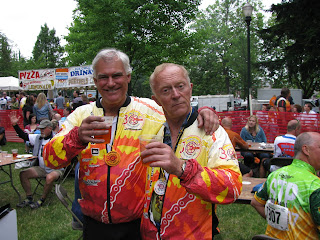 Then back to Georges where he fixed a great dinner for us and invited in some of the neighbors too. That’s right, after a bike ride like that and a shower, he cooked dinner for us and the neighbors. Let me just say right here that George is a gracious host and an excellent cook. His home is beautiful and we enjoyed our stay there. 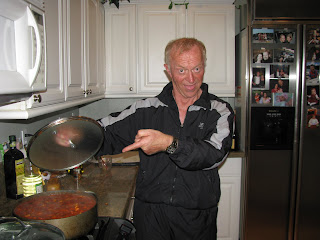 Howard headed back to Moss Beach on Monday and we stayed in Portland the rest of the week. On Tuesday night Marv and Louise Kaplan joined us for dinner along with some mutual friends (another great dinner).

During the week we toured Portland, drove out to Mt. Hood, along the Columbia Gorge, out to the Oregon Coast, visited some very good wineries and attended an afro-pop concert at the Portland Zoo. 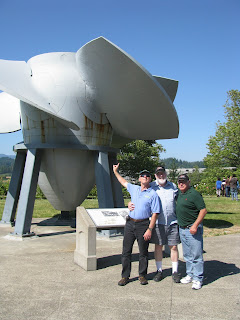 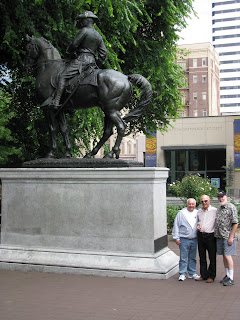 On Friday, George saddled up his Triumph and headed off to spend the weekend with Marv and Louise. Jeff, Rick and I took off for Bend to visit the Eismans. 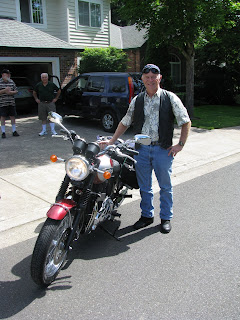 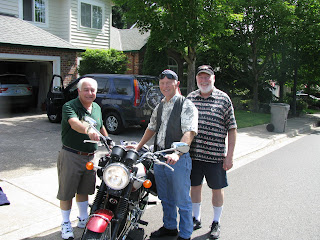 Dick and Ellen have a beautiful house and we were very grateful for their hospitality. Dick bar-b-qued steaks for dinner and we sat on their patio and talked for hours afterward. Had breakfast with Dick the next morning at a local spot and then headed back to Reno. 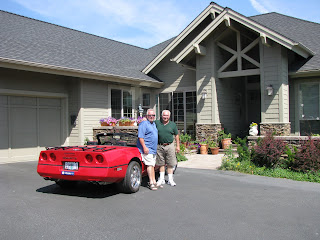