The Associate Dean of Students (Activities) office at San Fernando Valley State College used to publish a college calendar of events, but one semester he ran out of money to do it. When the Interfraternity Council was approached as the Dean was looking for sponsors, IFC agreed to put up the money but wanted to be able to use some of the pages to promote rush. The assignment to create the calendar IFC material went to Robert Fowlie, who ran the Associated Students publication office (among other things, Fowlie prepared posters to promote lectures, concerts, and other events). Fowlie asked John Cagle if he would like to collaborate on something. Cagle sketched out the plot and dialogue, and Fowlie went to work on the artwork to bring it to life. The first Fratman was received warmly, as it were, so the next year the second Fratman was created in much the same way. Historians will observe Fowlie's satire of events on campus cunningly drawn....

But on to the Fratman comics!!!! 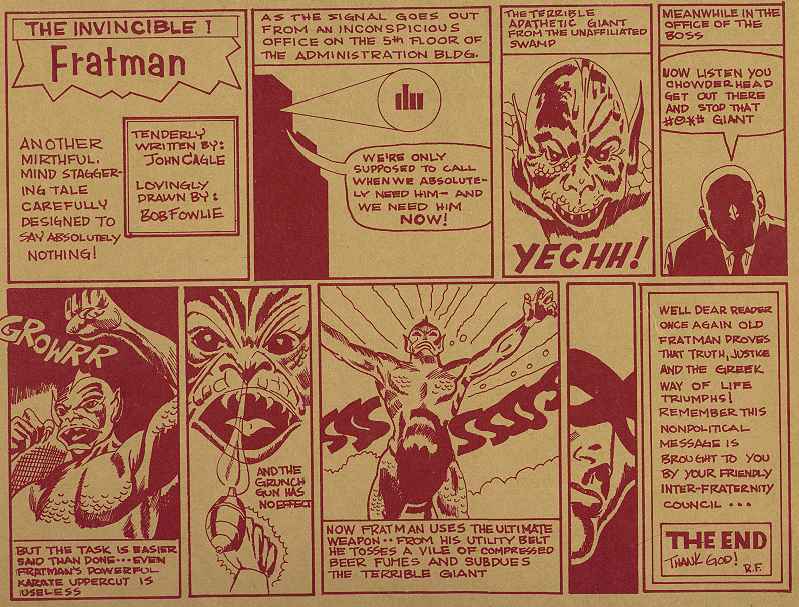 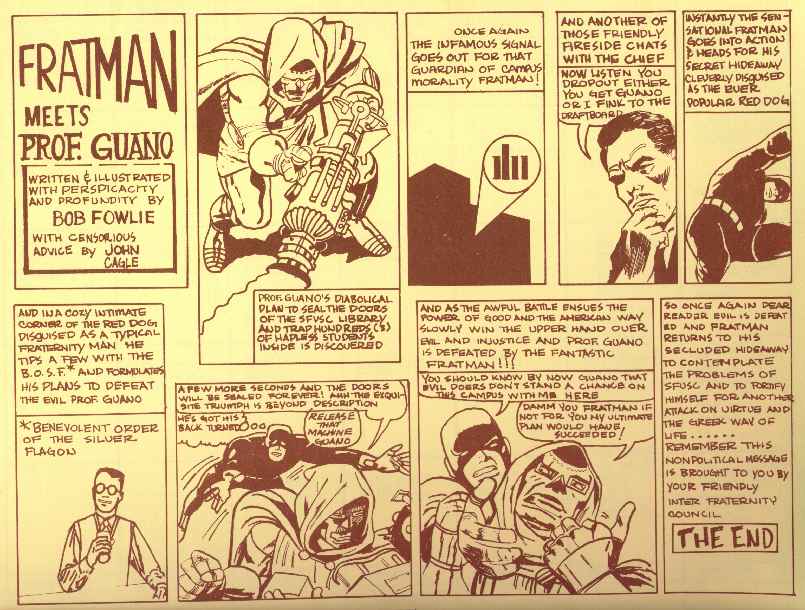